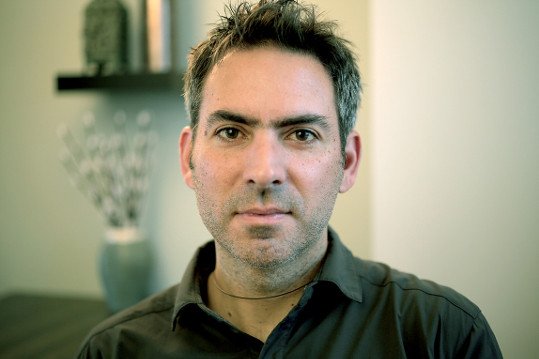 Count, AKA Mikael Eldridge, is a San Francisco based music producer, engineer, mixer, remixer, mastering engineer, and film maker. He has worked for indie and major labels, scored films, and has worked as producer, engineer, mixer, and remixer for artists such as DJ Shadow, Frank Sinatra, Radiohead, John Cale [Velvet Underground], No Doubt, New Order, RUN DMC, Tycho, Zoe Keating, Galactic, Trombone Shorty, The Bee Gees,Thievery Corporation, and many more. With his own bands Inu and Halou, Count has toured the US and performed live at shows such as Seattle's Bumbershoot festival, The San Francisco International Film Festival, the SF Museum of Modern Art, Filter Magazine's Culture Collides Festival and more.

Count is currently directing the documentary Unsound, which is about the impact that internet revolution is having on all creators. He has become a vocal advocate on artist rights issues, speaking at The Future of Music Summit, C2SV, SXSW, Grammys on the Hill, and several international summits. Count is also currently involved in the C3 (Content Creators Coalition) which is helping to organize a collective voice to deal with issues affecting creators in the internet age.

PSP Vintage Warmer2: “This plug in is hands down my favorite plug in ever made. In fact, if I could only have one piece of gear in the world, hardware or software, PSP VintageWarmer would be it. Its name is almost misleading, because it can do so many things. It is certainly not something that I use only to warm up a sound. It is incredibly versatile. It can limit/saturate in a way that nothing else does, without squashing the dynamics and life out of a sound. It brings sounds forward rather that squashing down on them. It brings instant vibe to just about any sound.”

PSP OldTimer: “This is a really interesting compressor. It can behave very differently depending on how you hit it. It’s great for very smooth compression for things like bass, acoustic guitar and vocals at low ratios. You can also get very cool extreme compression at high ratios for things like drums. It’s especially useful on a drum bus to get a fat room sound. Unlike many other compressors, PSP OldTimer smooths out harshness to give you the cool pumping and breathing, without the ugliness. It adds a very nice warm distortion sound, which is hard to find in any piece of gear.”

PSP NobleQ: “There are a lot of tube EQ simulations out there, but this one is incredibly useful in so many scenarios. The high frequencies are particularly amazing.I often use this plug in to push super high “air” frequencies at 40k for things like drums or vocals. It’s the best plug in I’ve found for this, and I’ve tried them all. You can get a really nice, saturated sound without harshness, even when you crank up over 10db.”

PSP stompFilter: “This plug in has some nice possibilities for extreme filter effects. It is particularly useful for synths and guitars. I’ve even made some presets that are included with the plug in installation.”

PSP Xenon: “This is the best mastering limiter out there. It gives me the most limiting with the least amount of ugly side effects.”

PSP SpringBox: “This is a great spring reverb that is super useful on things like guitars. Tycho is currently using it on his live show. Don’t forget to try it on acoustic guitars and synths too to get a subtle ambience.”