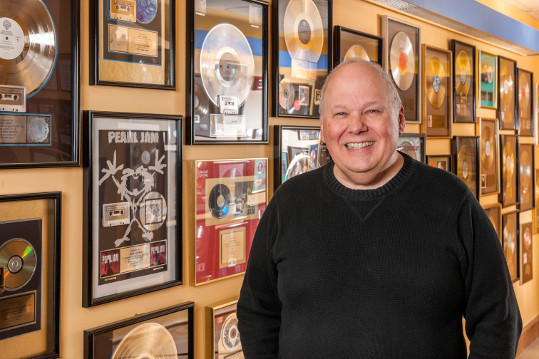 Bob Ludwig is a classical musician by training, having obtained his bachelor’s and master’s degrees from the Eastman School of Music of the University of Rochester, New York, where he was also involved in the sound department and played Principal Trumpet with the Utica Symphony Orchestra. Inspired by Phil Ramone when he came to the school to teach a summer recording workshop, he ended up working as his assistant for the course. Phil asked him if he would like to work at A&R Recording. Together, they did sessions on projects with The Band, Peter, Paul & Mary, Neil Diamond, Burt Bacharach etc.

After a few years at A&R, Ludwig received an offer from Sterling Sound becoming their first employee, where he eventually rose to become a Vice-President. After seven years at Sterling, he moved to Masterdisk, (the 2 companies were once owned by the same public company), where he was Vice President and Chief Engineer. In 1992, Ludwig decided to take control over his career by starting his own record-mastering facility in Portland, Maine named Gateway Mastering.

"PSP plug-ins are among that rare group of plug-ins that I often use.  So often they seem to be able to solve a sonic problem better than anything else.  Their PSP 2445 digital reverberator plug-in saved a project that was once considered unusable.  Their PSP MasterQ2 equalizer with their 24 and 36 dB/oct high and low-pass filters has qualities seldom found elsewhere. PSP Xenon is a valuable addition to my mastering toolbox."